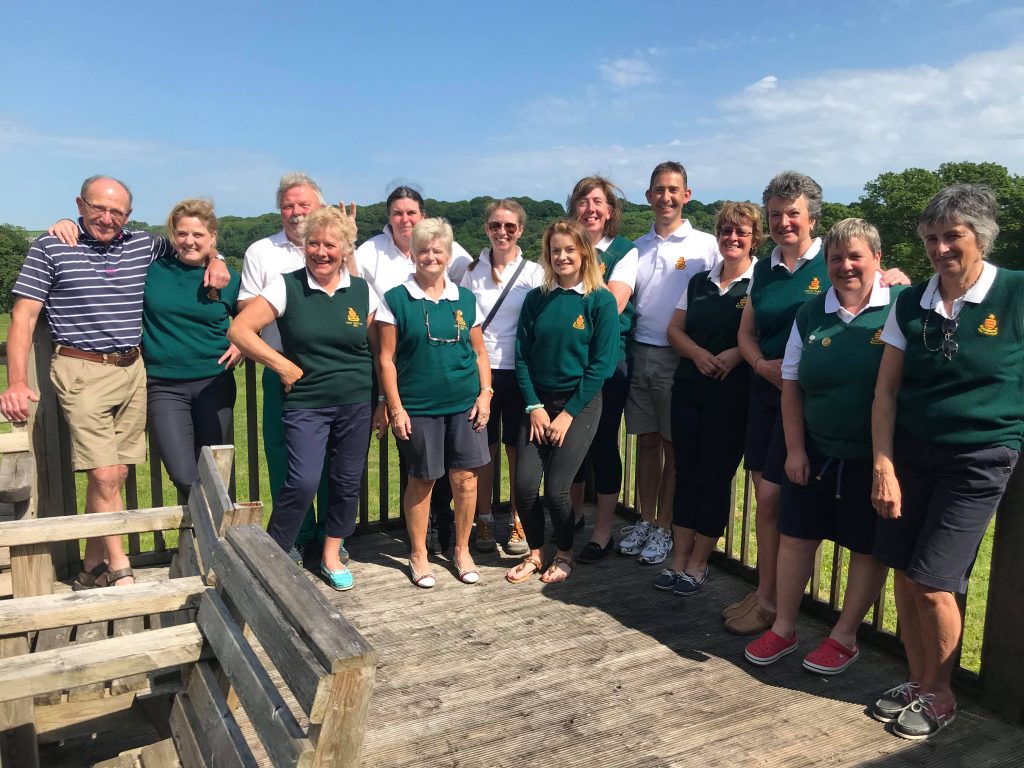 The Tehidy Park ladies today won 4.5 – 2.5 against Falmouth at Killiow and will now play Truro in the next round on Sunday 15 July…….

Tehidy’s first Gammon match didn’t get off to the best start as Lady Captain, Sue Pascoe with Team Captain, Sue Houghton in the passenger seat made their way to Falmouth Golf Course while the playing team were warming up at Killiow. Nonetheless arriving at the correct location before the first match teed up, Tehidy played against Falmouth at Killiow on a bright but blowy Sunday at 11:30am.
Rachael Phillips led the way, followed by Lyn Newby, Katie Sandow, Dawn Emmerson, making her Tehidy Park Gammon debut, Karen Langford, Steph Curnoe and Caroline Phillips.
Katie Sandow and Steph Curnoe were the first to finish, winning and losing respectively on the 12th hole, with a close match still taking place around them.
Caroline won on the 15th shortly after and Dawn also closed down her match with a point for the Tehidy Park team.
It was a close battle for Rachael, who unfortunately lost her point but Lyn Newby finished her game with a win, leaving Tehidy Park with the victory.
Karen took her match to the 18th with a very respectable half and Tehidy Park walked away with a fantastic result of 4 1/2 – 2 1/2.
Lady Captain Sue Pascoe thanked the team, but with special thanks to the fantastic support once again given to the team by the supporters who turned up in droves to watch the match, vastly outnumbering support from Falmouth members, once again setting Tehidy apart from the other clubs in the county.
The next round of the Gammon will be against Truro, location to be confirmed.