On yet another day of wall to wall sunshine Lady Captain Sue Pascoe and her team would renew their friendly rivalry with near neighbours Truro at Mullion in the Quarter-Final of the Gammon Trophy.

Tehidy were dealt a blow when former County Champion and lead out player Rachael Lloyd-Phillips was forced to withdraw with an arm injury just 24 hours before the match, which meant Lyn Newby was elevated to the number one slot, and in doing so lined up against Laura Andrew, another former County Champion who won the championship at Mullion in 2017.

Dawn Emmerson and Steph Curnoe, playing at three and four in the order respectively would claim their point at the same time with Emmerson winning on the 16th as Curnoe triumphed on the 15th (3 -1).      However the match was far from over as Karen Langford, Caroline Phillips and Lady Captain, Sue Pascoe all stood all square in their respective matches after 16, 15 and 13 holes !

Langford won the 17th hole as Phillips lost the 16th and news emerged that Pascoe was now two down playing the 16th. Both Langford and Vicki Stephenson hit great drives at the 18th and by the time they had hit their approach shots Truro had claimed games six & seven to level the overall score-line at 3 – 3.

Mixed fortunes greeted the approach shots of Langford and Stephenson as the ball of Langford stalled on the gravel path 10 yards short of the green with the ball of her opponent running across the path to finish 20 feet from the pin. To all accounts it looked like the match would be going to extra holes………….but wait !      Despite being able to take a free drop from the path Langford instead preferred to play the shot from where it lay and nudged it to the front of the green, retaining the honour, from where she putted up to 18 inches. Stephenson slightly over hit her putt on the parched green surface and saw it go past the hole by three feet. Much to everyone’s surprise the par putt of Stephenson stayed above ground affording Langford one final chance to seal the game and book a semi-final berth; a chance she took to the joy of the Tehidy players, caddies and supporters.

Battles between Tehidy and Truro have always been close over the years and both Captains paid credit to their players, caddies and great support in addition to thanking Mullion Golf Club for their hospitality.

Word has it that St. Mellion put paid to the challenge of West Cornwall and this being the case will see Tehidy Park face St. Mellion on Sunday 12 August at a venue to be confirmed. 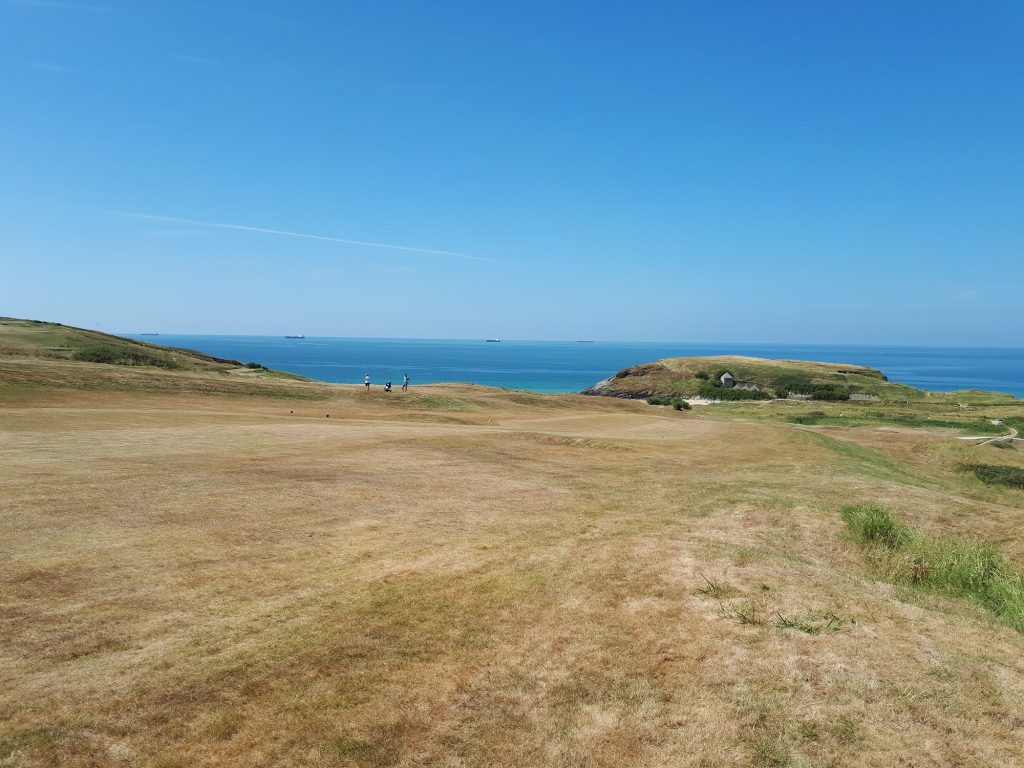