On an overcast Sunday morning with low clouds promising imminent rain the Tehidy Park ladies Gammon Team made their way to Falmouth Golf Club to play their semi final against St Mellion. It was the second time this year Lady Captain Sue Pascoe had made the journey to Falmouth Golf Club for a Gammon match, but only the first time that she was actually due to be there: the first journey was made instead of a drive to Killiow AGAINST Falmouth !
As always the ‘green army’ were out in force to support the team despite the forecast, bringing pride as ever to Tehidy Park.
Rachael Lloyd-Phillips was to lead the ladies out, playing Megan Giles, the current Ladies County Champion, who would give St. Mellion an early lead winning on the 17th hole. St. Mellion would then double the advantage when Lyn Newby also succumbed on the 17th.     The Tehidy ladies would now require four of the remaining five matches if they were to progress to the final in September.
Playing at number three Katie Sandow would claim her point with a birdie on the 16th hole to win 3&2, which was immediately followed by a point from Christine Williams, making a welcome return to the team, winning on the same hole to level the score-line.
With Steph Curnoe playing the 16th hole with her match poised at all square and Dawn Emmerson playing the 17th hole also at all square Karen Langford was securing her point on the 15th hole to afford the Tehidy ladies a narrow lead (3 – 2)
With players and supporters gathering around the 17th green, Dawn halved the hole and continued down the 18th all square, but Steph would lose the 17th hole which meant she would follow Dawn down the 18th, but 1 down. Tension mounted as Dawn again halved the 18th hole, taking her back to the 1st tee (19th) while Steph, given an opportunity by her opponent, took her chance and chipped close to win the 18th to also advance to the 19th.
Another nail biting half from Dawn meant progressing onto the 20th and Team Tehidy held their breath as Steph hit an excellent drive on the 19th and her second shot short right of the green. Despite a long drive on the 19th Steph’s opponent again afforded Steph a golden opportunity, hitting her second shot into a bush to the left of the green. Steph once again maximised the chance, taking the winning point for Tehidy to the delight of the green army, enabling Dawn and her opponent to agree upon a half and a final scoreline of 4.5 – 2.5.
Both Lady Captains agreed matches between Tehidy and St Mellion are fantastic, with St Mellion wishing Tehidy Park all the best in the upcoming final against Perranporth, taking place on Sunday 9 September at Trevose. Lady Captain Sue Pascoe thanked Falmouth for their excellent hospitality and the Tehidy supporters, or “extra man”. 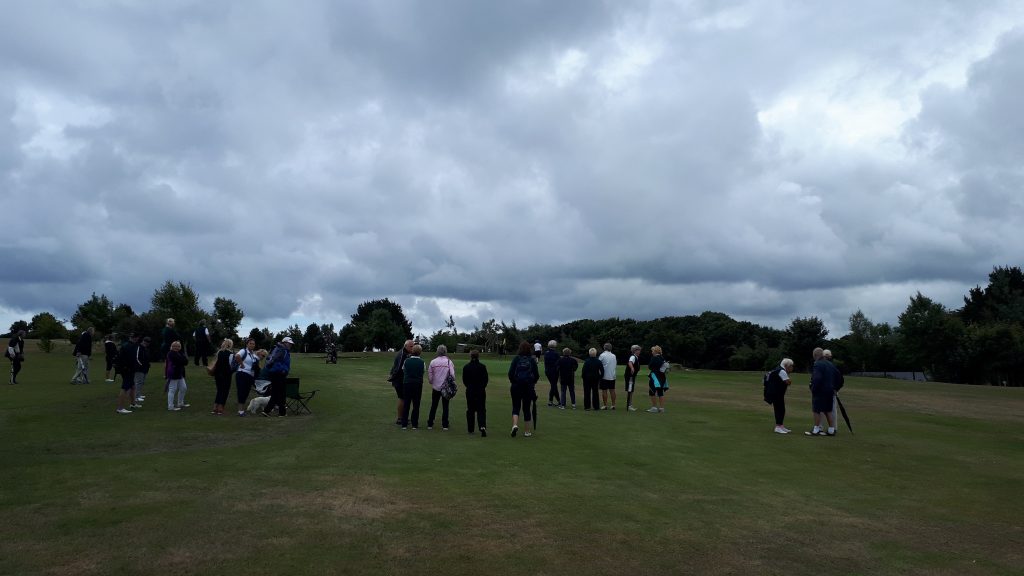