On a day when the wind never dropped below 35 mph the CTC teams of Tehidy Park & Truro met at a bright, but blustery Mullion Golf Club on the south coast. 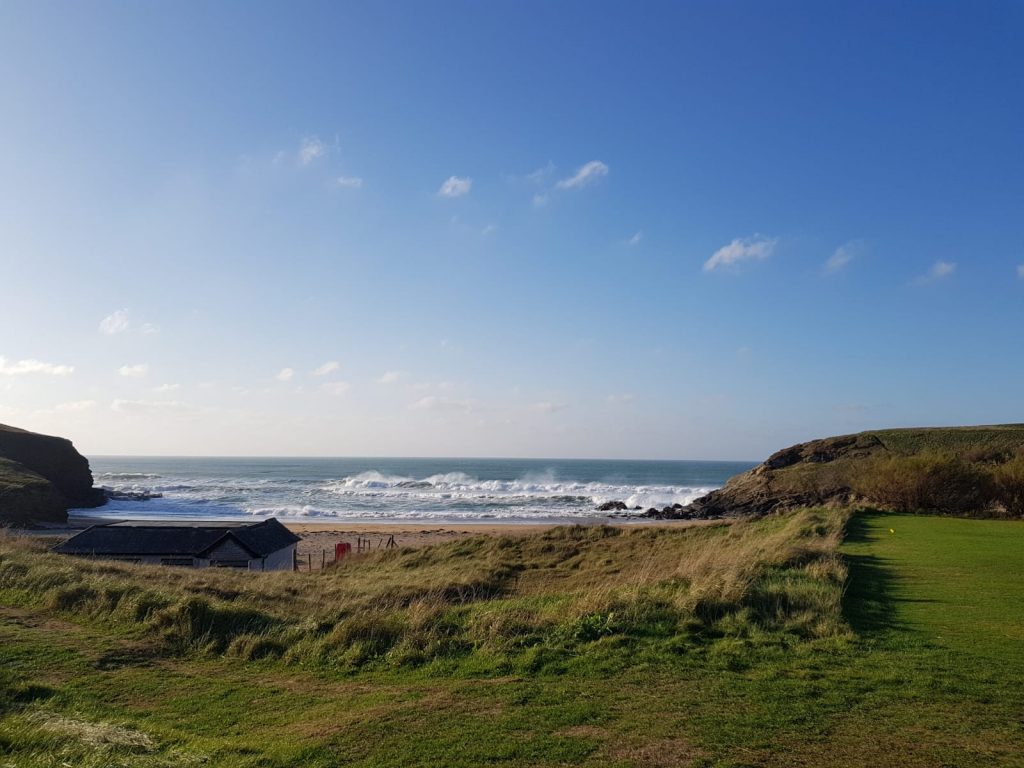 In the morning foursomes Rob MacGregor & partner Justin Barnard got Tehidy Park off to a winning start with a victory on the 16th hole, and the Tehidy points tally was soon doubled when Peter Simmons & Martin Langford added their point, winning on the 15th hole.

Tom Chapman & James Barnard appeared to be in danger of losing their match when they stood 3 down after 11 holes, but a winning streak of five holes in the next six meant they would record a further point for the reds. Truro did however manage to record a point before lunch when Ian Veale & Tom Rowe were defeated by the junior pairing of Tom Stephens & Liam Wilson by a score of 3&2.

Matt Lock, playing at 9th man secured the three-quarters of a point available in this contest, winning on the 17th hole.

With three points required from the eight singles battles to secure victory it looked like Tehidy Park were going to achieve that from the top three matches with MacGregor defeating Kneebone, Veale defeating Suddes and Barnard (Justin) standing over a four-foot putt on the 18th green to beat Alec Penrose 1 up. However the putt stayed above ground meaning a half point was still needed.

It didn’t take long to come as Simmons stood on the 18th tee with a 1-hole lead thus meaning the half a point was secured. That was in fact the outcome as Simmons’ opponent Mark Wilson won the 18th hole.

(Simmons drives from the 18th in the afternoon)

With further wins for Langford and Barnard (James), and losses for Chapman & Rowe the overall scoreline was 8.75 – 4 in favour of Tehidy Park, who will now face Trevose Golf Club in the semi-final in February at a venue to be announced.

The Club Captain, Julian Ridge thanked Mullion Golf Club for their hospitality in addition to Truro Golf Club for the sporting way in which the match was contested as well as the caddies who braved the elements for his players.

Next up for the Captain is the second round of the Frank Wills Salver on Sunday, 25th November against Newquay at West Cornwall, starting at 10.30 a.m.